The Care and Propagation of Azaleas

How very sad, I thought, looking at the middle-aged couple sitting on the other side of the restaurant. I averted my eyes and slipped my spoon into my tomato bisque, stirring the crème fraîche into the vermillion liquid.

It was none of my business, after all. But my awareness was drawn back to the two individuals again and again. He was focused on his iPhone, tapping away, a scowl on his face. Her back was to me, so I couldn’t see her expression. She seemed to focus on her food in silence, shoulders drooping.

They had arrived at the restaurant shortly after I did and, as far as I could tell, had not spoken to each other over their cocktails or through their first course. They might as well have been eating alone — as I was. I looked across the table to the empty chair, Willard’s place. My dear Willard. Eating in silence still felt like a new experience for me.

Willard always worked late. We would dine together after the children were put to bed. He would regale me with anecdotes from his law firm — interesting cases, gossip about the other lawyers, judges, and the latest legal secretary. I would bring him up to date on the children’s activities and our social circle. I talked about my azalea propagation and my experiments distilling the essential oils for my signature perfume.

When the children were old enough, they were permitted to join us for the evening meal. Our conversations were lively and interesting. There was always so much to talk about. I was happy then.

Naturally, after the children grew up and left home, things quieted down a little. But we never sat in total silence over dinner. Perhaps it became a bit forced, but we soldiered on.

But look at those two over there, I thought, not a word between them. A cold war. I sighed as the waitress removed my soup bowl. At least he had put down his phone to eat his entree.

My lamb chops arrived, with the lovely fragrance of rosemary. As I picked up my utensils and sliced through the meat, I recalled the dinner conversation when Willard first told me about his new legal secretary. There were no warning shots. It wasn’t until he uttered the words, “leaving you to be with her” that I recognized the imminent destruction of my world.

Of course I behaved with decorum. There was no need to scream or cry.

He discussed the proper way to dissolve our union. He was a lawyer, after all, and had thought this through. We would proceed slowly, with propriety, he assured me, one step at a time.

Meanwhile, I was having my own internal conversation. It wasn’t appropriate for him to leave me. It was immature and irresponsible on his part. I wouldn’t allow this to happen after all the time I’d put into this marriage. And what would the children think? I still had some time to respond. I was not defenseless. My horticultural knowledge would come in handy.

The next day I commenced my silent assault. I added just a few drops of a special liquid to his cocktails and a tiny bit of this and that — tasteless of course — to his evening meals. Everything appeared normal, though our dinner conversations were stilted at best.

Within a week he was feeling poorly. Two more days and he was in a coma. His doctor believed it was his heart.

I smiled as I ordered the tiramisu. Perhaps I should have a quiet word with the woman across the room. The Care and Propagation of Azaleas won second prize in the Ageless Authors competition in 2020. 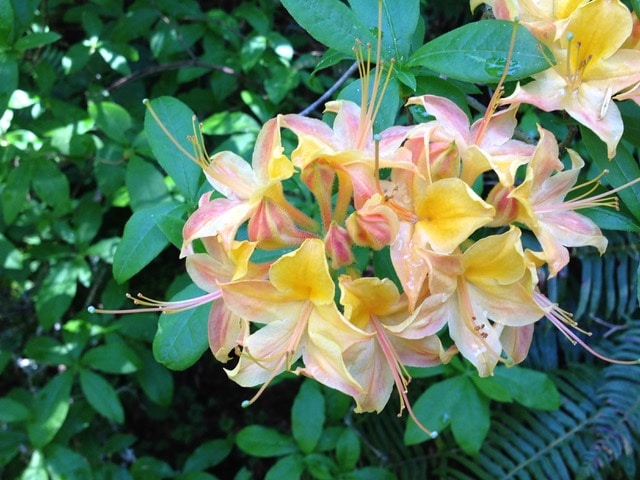