It Used to be Called Trenton

Hollow City. It used to be called Trenton, but not anymore. After the evacuation and the chemical bombing to eradicate the virus, Hollow City was all that was left.

But, what about you? Where are you from? I haven’t seen you around camp before.

You don’t say. How bad was it there?

Whoa. That’s a bitch. Did you get the virus?

Me either. Crazy. My kid sister, Mina caught it. She pulled through somehow. I thought she was gonna die. Everyone else in our family did. Both parents, five siblings. Now it’s just the two of us.

I was working as an EMT, can you believe it? I saw what it did to a person. Blood coming out of everywhere, bodies twisted into mangled shapes by the muscle contractions. Death musta been a relief.

We were lucky, I guess, to be pulled out early. Just about a month ago, right after the first fatalities and mass graves. We passed the medical screenings and were sent to this resettlement camp. They keep testing us – blood work every three days. I guess they’re making sure we’re really OK.

They never told us what happened to the people who didn’t pass the screenings. A lot of people just disappeared. Gone. Blotto. Most everyone we knew. Now it’s just me and my sister and a bunch of strangers.

How about a light?

Once the virus was neutralized, they started sending some people back. It hadn’t spread outside the city, they said. It was safe, they said. But I don’t trust ‘em. They screwed this whole thing up from the beginning. It took them too long to figure out what was happening. Then they sat on their asses figuring out what to do. What’s to say they’re not fucking it up now? They’re not saying what started the virus. Maybe they don’t even know. And, there’s no telling if it’s really gone.

I haven’t heard anything from the ones who went back. Maybe they’re all dead, too. Anyway, I figure, what’s the point? It’s nothing but empty buildings and bad memories.

Once we get our passes out of here, we’re heading west. No way we’re going back.

My sister? She’s fine now. Maybe a little tired these days. She misses our mom. That’s her, the littlest one over there playing in the dirt with the other kids.

No, she’s not running a fever or anything. No symptoms. Why are you asking? Who are you anyway?

A doctor? What are you talking about?

Antibodies? What’s that got to do with Mina?

So what if she survived?

No, you can’t take her. Anywhere! She’s not going to any research facility!
Who are those guys?

HEY! PUT HER DOWN!

I don’t care who you are, motherfucker. THEY CAN’T TAKE HER! 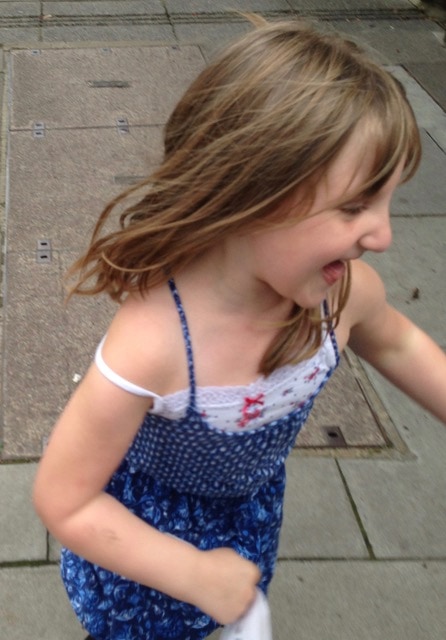 It Used to be Called Trenton won third prize in Writer Advice in 2018.